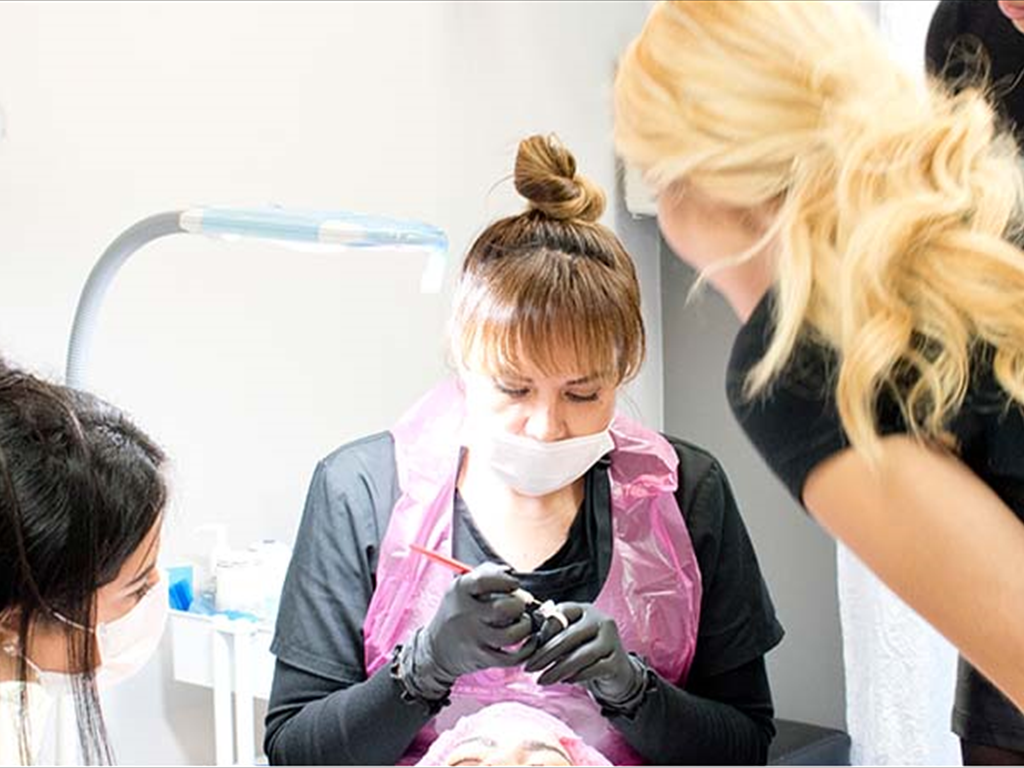 Microblading Course/ Microblading Training
Microblading/ Microblading three-dimensional 3d Hair Technique is the latest trend in the world permanent eyebrow art.
With the microblading application method and golden ratio eyebrow measurements, it is to have a natural and pleasing appearance that is suitable for the face, indistinguishable from the hairs on the eyebrows, so it is a highly preferred method.

Microblading Training/ In the microblading method, the paint is applied to the surface of the skin. With this application, the paint color appears more vivid as it is close to the surface, and a realistic appearance is obtained by providing a fine hair shape.

Mikroblading Permanent Makeup dyes are available for every eyebrow color. Lightening or darkening of the color can be adjusted with the dye mixture. How long the applied dyes will stay on the skin surface depends on the person, it can generally stay for a year or more, and can be repeated once a year.

When you first look at your face after the application with the microblading method, it is not understood that there is an application on your eyebrows. Applications are made by the specialist using sterile and personalized tools.